Visible from space, the raw power of the world’s most destructive volcanoes was on show in 2020.

Visible from space, the raw power of the world’s most destructive volcanoes was on show in 2020.

There was no shortage of things to worry about last year, so it’s easy to forget about the serious threat that volcanoes pose to the people around them. Satellite imagery of these three active volcanoes is a graphic reminder of mother nature’s destructive power. 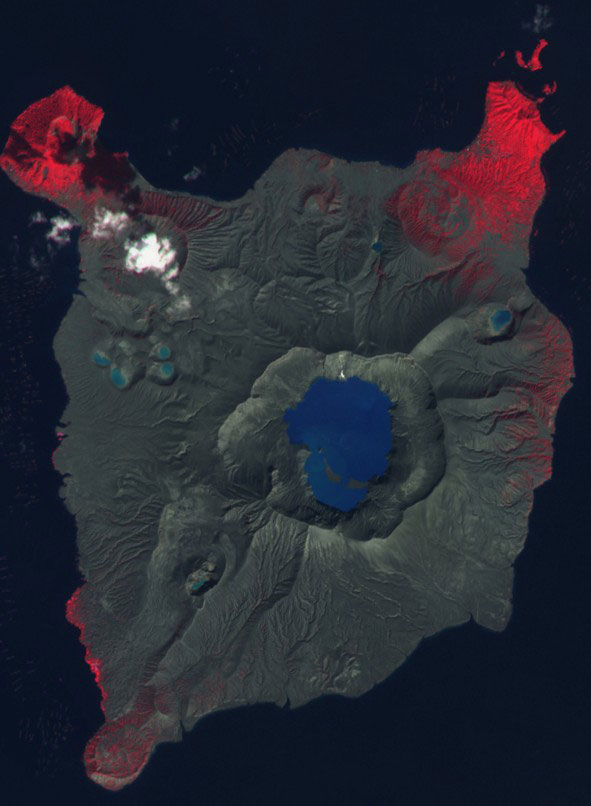 Dormant for more than 40 years, this Philippine volcano awoke in January 2020 — spewing a lava fountain 500 metres into the air and raining down ash on Manila more than 50 kilometres away.

The eruption vapourised the lake at the centre of the volcano and left the tree-covered island buried under a blanket of ash, as seen from satellite imagery taken before and after the eruption.

Almost a quarter of a million people were evacuated as the ash plume reached up 15 kilometres into the sky, interrupting air traffic.

More than 2 million people live within 30-kilometre radius of Taal, which is regarded as one of the world’s most dangerous volcanoes having claimed more than 1000 lives in 1911.

After several active years Merapi seemed to find peace, but in early 2020 lava started to flow — accompanied by explosions which covered towns with ash for dozens of kilometres.

Eruptions in 2020 sent a river of lava flowing 1,600 metres down Merapi’s slopes, along with searing gas clouds. They also triggered earthquakes and dozens of landslides.

From DSMs, it’s evident how Fremantle’s narrow highways form ‘urban canyons’, themselves limiting wireless communications
More than 1,800 people who live on the volcano’s fertile slopes were evacuated, but more than 7 million people live within 40 kilometres including the major cities of Yogyakarta and Surakarta. The most active volcano in Indonesia, Merapi has erupted regularly since 1548 and killed hundreds of people.

Responsible for some of the world’s largest explosions in 2020, Sangay’s lava flows and debris triggered volcanic mudflows and created ash clouds more than 12 kilometres high.

The largest explosion in September deposited up to 120 million cubic feet of debris on the slopes of the volcano. It showered the nearby provinces with ash, with around 20,000 people living within 30 kilometres including the small township of Huamboya.

Towering over the Amazon rainforest, Sangay is roughly 500,000 years old and the mountain has been destroyed twice due to massive flank collapses. Historically, landslides have run up to 60 kilometres from the summit, but thankfully the volcano has only claimed a handful of lives over the years.