From it’s cozy, lonely corner of the world, one Australian city’s bright lights inspired the first American to ever orbit Earth. The 20th of February marks the 60th anniversary of this fateful moment. How did it all happen and does the city still light up like it used to?

Located on the lower west coast of the Australian continent, is the capital city of Western Australia: Perth. Perth is the fourth most populated city in Oceania with 2.18 million people calling it home as of 2021.

The Perth metropolitan area stretches across more than 6000km2 of the Swan Coastal Plain. Despite its large size and booming population, it’s also one of the most isolated cities in the world. The closest city to Perth is Adelaide, which is more than 2000km away. For Western Australians, it’s usually cheaper to fly to Bali, Indonesia than it is to fly to another city in Australia.

So how was this lonely city dubbed the city of light?
“The City of Light”
On 20 February 1962, John Glenn became the first American astronaut to ever orbit Earth. The launch of the Friendship-7 spacecraft inspired hope for all Americans as they navigated the early days of space exploration.

This mission was important as it played a huge role in the development of the Gemini and Apollo missions which lead man to the moon. Not only that, it was important for the Muchea tracking station, based in Chittering, Western Australia, as it was the first time an Australian technician spoke to a space traveler.

John was in flight for a total of 4 hours and 55 minutes and orbited Earth 3 times before descending and landing about 1200km from southeast of Cape Canaveral, Florida. In the first orbit, after making clear contact with the team down below, the spacecraft orbited over Perth. 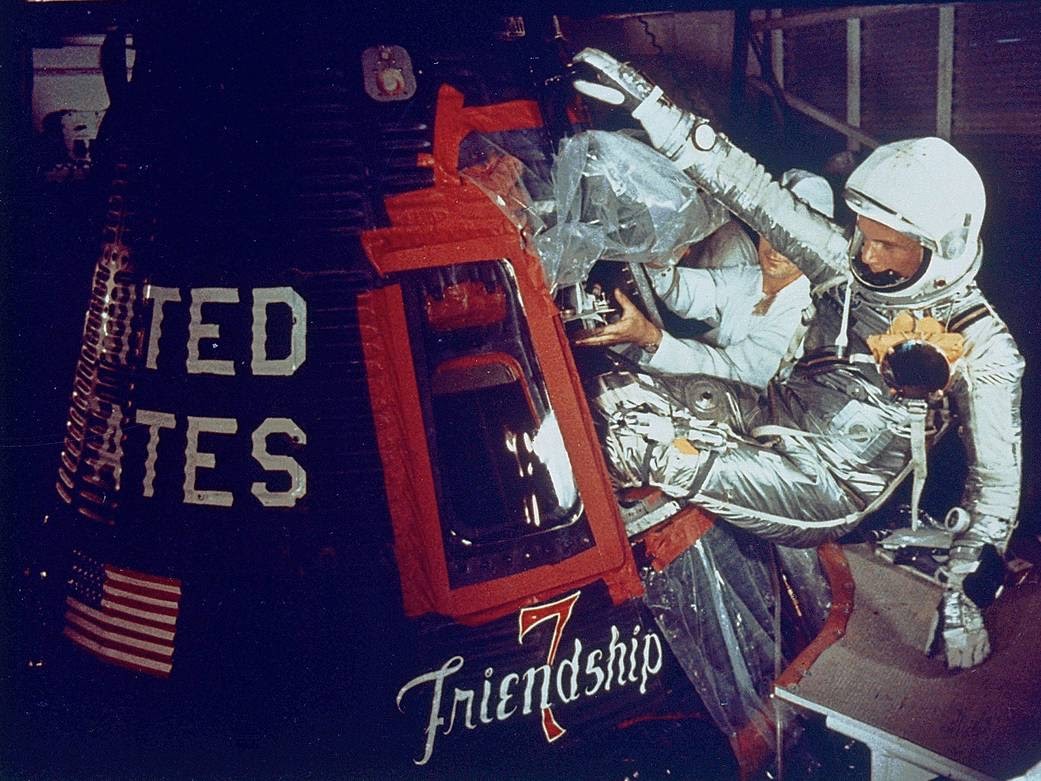 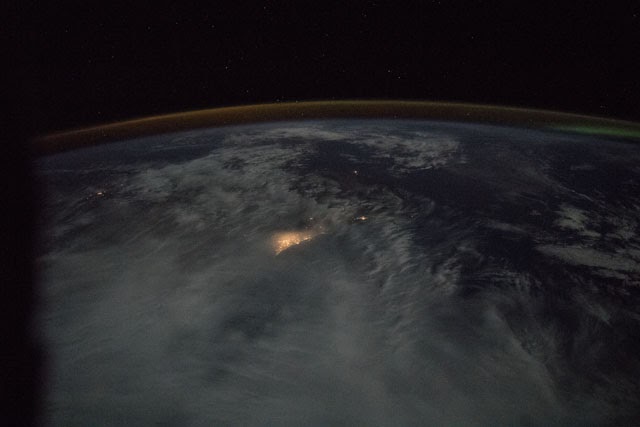 It was night in Perth, and the residents of the isolated city wanted to make sure that John didn’t feel alone on the spacecraft flying over. The residents and local governments made an effort to turn on all of their lights, so John could see the city below and feel their support.

As the spacecraft approached the coast of WA, John could see the city shining brightly in the cover of night.

“I can see a big pattern of light, apparently right on the coast, I can see the outline of a town and a very bright light just to the south of it” exclaimed John Glenn when he saw the lights below.

Capcom Astronaut Gordon Cooper responded, “That's Perth and Rockingham you’re seeing there”.
“The lights show up very well, thank everybody for turning them on will ya?” said John Glenn, as he passed over the region.

The memory of Perth lighting up their streets for John ultimately led to Perth being known as “The City of Light” across the world.

More lights in the night

John Glenn went onboard the STS-95 in a second space mission 36 years later at age 77. This time he had a whole crew with him.

Video clip of communications between John Glenn in the space shuttle with Gerry O’Connor at the Muchea Tracking Station and Capcom Astronaut Gordon Cooper during the orbit over Perth, Western Australia. Video credit: Collin Mack. 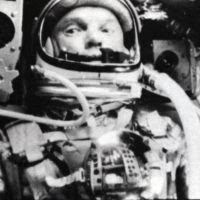 The STS-95 mission aimed to study how the human body would respond to being in space, as well as other investigations. John was the test subject for some experiments studying how an elderly person’s body would cope in space. To this day, he remains the oldest person to reach orbit.

Whilst onboard that mission, John wanted to see how much Perth has changed since he last saw it. And the people of Perth were just as eager to greet him with the same bright lights below.

Steven Lindsey, who was onboard the STS-95 flight, remembered John exclaiming “Perth is a lot bigger since the last time I saw it” as they flew over.

The same way technology has advanced space exploration, it has improved remote earth observation too. Without it, we would never be able to see our world the way we do now. In recent years, satellite technology has improved dramatically ever since when man first entered space.
Night time light imagery is still something that is developing technologically where up to this point, pictures of the Earth at night are only captured through special sensors or from the astronaut’s cameras in the ISS.

This year, NASA will be celebrating 60 years since the successful mission of Friendship 7. For the city of Perth, they will be lighting up their streets and buildings once again to commemorate the occasion. 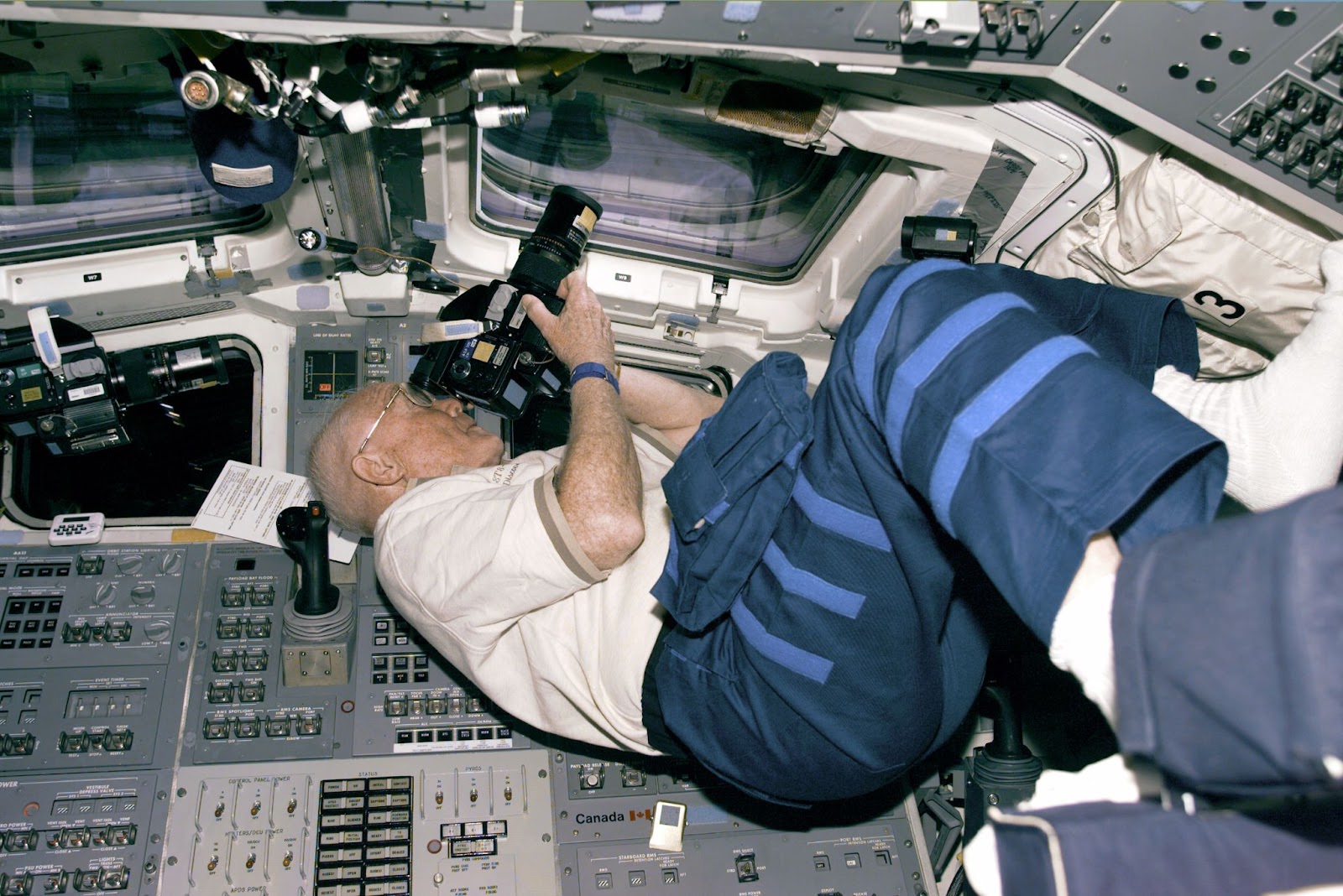 Soar.Earth is always celebrating new satellite technology and making sure that our users are able to experience it too. In celebration of the 60th anniversary of John Glenn orbiting Earth and the city of Perth being called the ‘City of Light’, we commissioned a capture of the city of Perth at night, using a high resolution, night time lights satellite. This is the highest resolution night time imagery available outside of the military to date.

This is not just a celebration for the advancements of space exploration. In a way, the bright lights of Perth in the dark of night signify the hope of humankind in what seems like a dark void of uncertainty. 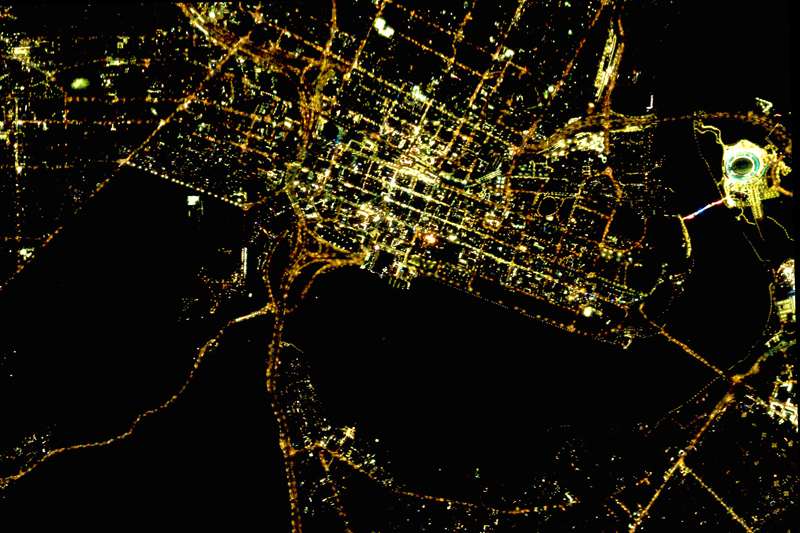 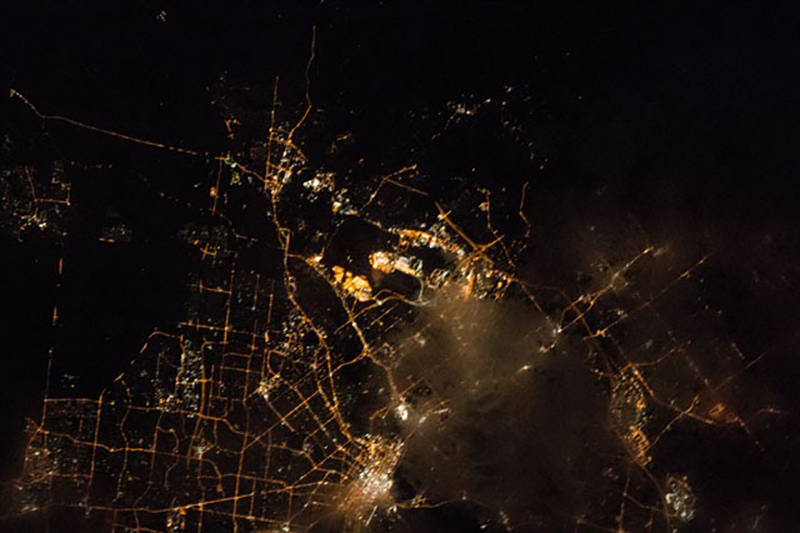 Image 1: Perth captured by Night Time Lights satellite on the evening of 16th of February 2022 at 1m resolution. Photo credit: Soar.Earth
Image 2: The city of Perth at night captured from an astronaut’s camera in the ISS. Photo credit: NASA.

Diana is Soar.Earth’s local map aficionado, connecting with people in the field who share the same interest and passion in mapping and cartography. She's a big foodie, so she's always trying out the hottest new food joint or experimenting with new recipes at home.